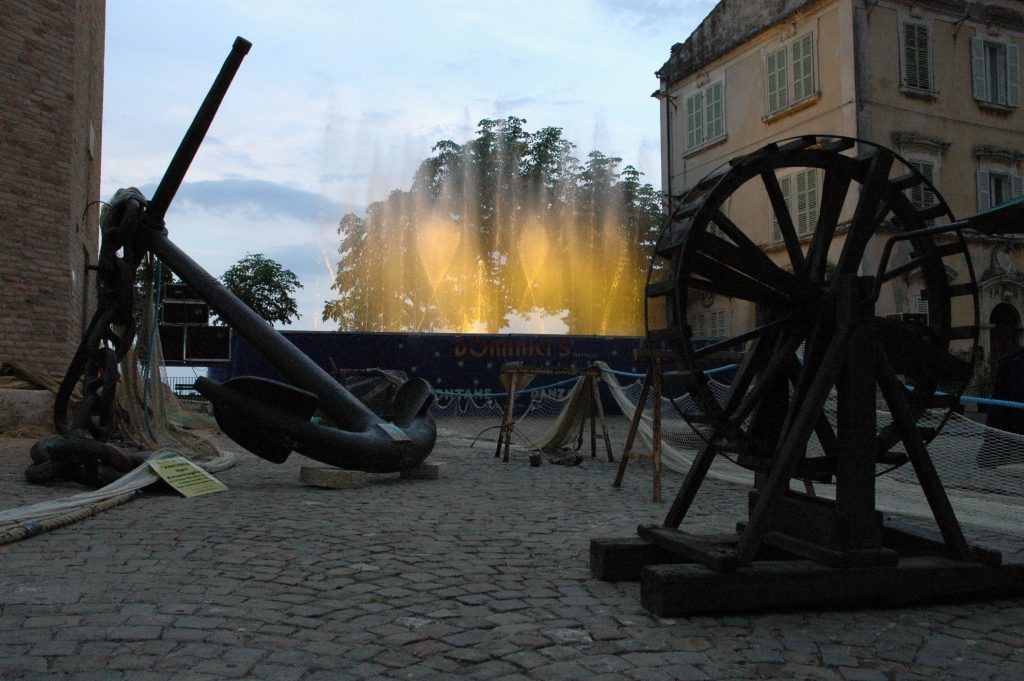 Local culture is intimately related to the Adriatic sea, which has shaped the city’s economy and traditions, while being a source of inspiration for artists from all over the world. The “Museo del Mare” (Museum of the sea), located within the town’s wholesale fish market complex, on the north quay of the town’s port area, is a celebration of this vital relation between the people and the sea.

Located inside the Piacentini Palace in the old town of San Benedetto del Tronto, the “Pinacoteca del Mare” (Art Gallery of the Sea), features paintings, photographs and drawings from the civic collection. The old town of San Benedetto feels like a magical place. Between its narrow alleys, one of the city’s most iconic landmarks rises, the “Torre dei Gualtieri” (Gualtieri Tower), a twelfth century building overlooking the whole city.

Many wonderful medieval towns can be easily reached from San Benedetto: Ascoli Piceno, the “travertine city” with its beautiful square (Piazza del Popolo), Acquasanta, where sulphurous thermal water springs, Offida, the land of the “tombolo” (bobbin lace), Monteprandone, where the St. James of the Marches shrine is built, Acquaviva Picena with its fortress and Ripatransone, where Italy’s narrowest alley can be found.

By continuing to use the site, you agree to the use of cookies. more information